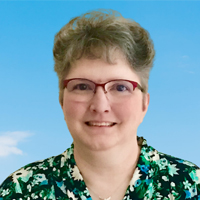 Pam Williamson serves as the Assistant Director of the Southeast ADA Center, a project of the Burton Blatt Institute at Syracuse University. The Southeast ADA Center is a member of the ADA National Network and is funded by the National Institute on Disability, Independent Living, and Rehabilitation Research, a Center within the Administration for Community Living located in the U.S. Department of Health and Human Services.

Ms. Williamson has expertise on the Americans with Disabilities Act (ADA), supported employment, including disability as part of diversity in the workplace, building effective grassroots networks, special education services, and aging populations.

Ms. Williamson is a person with a psychiatric and neurological disability. She has a Bachelor of Science degree in Therapeutic Recreation from Georgia Southern University in Statesboro, Georgia.