WASHINGTON, May,10, 2017 — The American Bar Association is launching a first-of-its kind nationwide study, conducted by the Burton Blatt Institute at Syracuse University, to identify the biases encountered by LGBT+ and/or disabled lawyers in the legal profession and to help develop and implement strategies to ameliorate such biases.  Preliminary results are expected to be released in September.

Diversity and inclusion programs typically focus on gender and race. Too often, the LGBT+ communities and/or those who have disabilities are not included in efforts to expand career and professional diversity, especially in the legal profession.

“This study is integral to the ABA’s continuing efforts to promote the full and equal participation of all diverse persons, including LGBT+ lawyers and lawyers with disabilities, in the association and the legal profession as a whole,” said ABA President Linda Klein.

The study, part of the ABA Pathway to the Profession Project, which grew out of the ABA Diversity and Inclusion 360 Commission, will be used to develop strategies for more inclusiveness, according to Peter Blanck, professor of Law and chairman of the Burton Blatt Institute, and lead investigator, enabling “the ABA to make a positive impact on the U.S. legal profession and on the lives and careers of LGBT+ lawyers and/or lawyers with disabilities.”

The number of openly LGBT+ lawyers has more than doubled over the last 10 years, according to recent statistics from the National Association for Law Placement (NALP).  Nonetheless, when compared with other legal professional demographic groups LGBT legal professionals are more likely to be employed by public interest organizations rather than by law firms.

For law professionals with disabilities, NALP reports that less than 2 percent of graduates self-identify as having a disability.  Those that do report their disability were less likely to be employed compared to men, women, minorities or graduates identifying as LGBT+.

About the American Bar Association Link

With more than 400,000 members, the American Bar Association is one of the largest voluntary professional membership organizations in the world. As the national voice of the legal profession, the ABA works to improve the administration of justice, promotes programs that assist lawyers and judges in their work, accredits law schools, provides continuing legal education, and works to build public understanding around the world of the importance of the rule of law. View our privacy statement online. Follow the latest ABA news at www.americanbar.org/news and on Twitter @ABANews.

The Burton Blatt Institute (BBI) at Syracuse University reaches around the globe in its efforts to advance the civic, economic, and social participation of people with disabilities. BBI builds on the legacy of Burton Blatt, former dean of SU’s School of Education and a pioneering disability rights scholar, to better the lives of people with disabilities. For more information, visit: https://bbi.syr.edu. 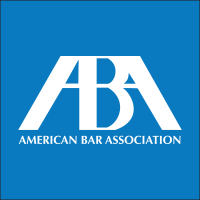