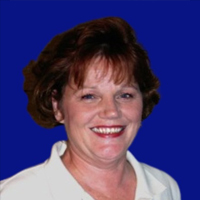 Cheri began her career in 1976 working with the Federal Government as a training coordinator. During her 16 years with the Federal Government, she worked with the Staff Judge Advocates Office as a paralegal and at the Equal Employment Opportunity Commission (EEOC) as a paralegal assistant. Her areas of experience include: legal, technical writing, training, contracting, procurement, and architecture engineering /design. Throughout her career, Cheri has been involved in volunteering, fundraising or assisting with researching laws for people with disabilities.

In 2000, Cheri began actively working with the Independent Living Movement as the Advocacy/Outreach Coordinator for the Center for Independent Living (CIL) Disability Resource Center. Cheri began her career with the Southeast ADA Center in 2002 as a part-time ADA Technical Assistant and later became the full-time in 2003. She currently is their ADA Distance Learning and Training Director.

Additionally, she is a recognized voice for ADA technical assistance and training for the Southeast ADA Center for eight states for businesses, state and local government and people with disabilities for her knowledge with the Americans with Disabilities Act (ADA) and other federal laws. Cheri currently has her ADA Coordinator certification from the ADA Coordinator Training Certification Program through the University of Missouri- College of Human and Environmental Sciences, School of Architectural Studies and the Great Plains ADA Center as well as the University of Alabama Birmingham, ADA Coordinator Program.