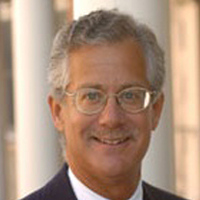 Michael Morris has over 25 years of experience in research, knowledge translation, and system change activities advancing community participation and economic self-sufficiency for individuals across the full spectrum of disabilities. Morris’s undergraduate degree, political science with honors, is from Case Western University, and his law degree is from Emory University School of Law in Atlanta, GA. In 1981, Morris was named the first Joseph P. Kennedy Fellow in Public Policy and worked for Connecticut Senator Lowell Weicker as legal counsel to the U.S. Senate Subcommittee on the Handicapped. He next served as counsel to the U.S. Senate Small Business Committee. Morris then worked at United Cerebral Palsy Associations as Director of Government Relations, then Director of Community Services, and finally National Executive Director. During his 14-year tenure, his leadership put focus on assistive technology’s role in employment, education, communications and daily living. Morris’ proposal for policy development led to passage by Congress of the Assistive Technology Act.

In 1998, Morris was project director and PI of the NIDRR-funded RRTC on Workforce Investment and Employment Policy at the Law, Health Policy & Disability Center (LHPDC) at the Iowa College of Law. He analyzed federal-state relationships in multiple systems, identifying barriers of asset limits to income production and self-sufficiency. In 2003, Morris became project director for the NIDRR-funded Asset Accumulation and Tax Policy Project, and for five years served as lead policy expert on systems collaboration, informing research design and implementation.

In 2001, Morris helped establish the National Disability Institute to advance the social and economic independence of persons with disabilities through strategic investment and technical assistance activities nationwide that bring together government, corporations, foundations, and community and faith-based organizations. He is the co-founder of the Real Economic Impact Tour (REI Tour), which in 2009, resulted in new access and use of EITC and other asset building strategies for over 200,000 individuals with disabilities in 83 cities nationwide. To date, the REI Tour has helped low-income taxpayers with disabilities receive more than 250 million dollars in tax refunds. The REI Tour is co-sponsored by Bank of America, AT&T, and the Walmart Foundation in partnership with the IRS.

In 2008, Morris became Senior Adviser of the Burton Blatt Institute at SU, serving as lead policy expert on asset development, employment, housing, and long-term services and supports. His research activities include tracking individual and system outcomes for individuals with disabilities pursuing self-employment in the StartUp NY project funded by the ODEP at DOL, and business case studies on corporate culture to advance employment as part of another ODEP funded project. Morris introduced the concept of statewide Asset Development Summits in Florida in 2006 bringing together disability and asset development communities, creating joint policy agendas and collaborative capacity building activities. The Summit concept has been replicated by Morris in North Carolina, Georgia and Ohio. Morris co-authored two publications for the National Council on Disability: The State of 21st Century Long Term Services and Supports: Financing and Systems Reform for American with Disabilities (2005) and The State of 21st Century Financial Incentives for Americans with Disabilities (2008). He is co-author of Tax Credits and Asset Accumulation: Findings from the 2004 NOD Harris Survey of Americans with Disabilities published in Disabilities Studies Quarterly (2005), which reported on research findings from the inaugural DRRP on Asset Accumulation.