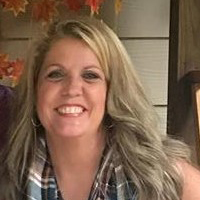 In 2011, Cyndi Smith joined the SE ADA Center and SE TACE as the Administrative Assistant. In that role she was responsible for coordination between both projects and BBI in areas regarding all fiscal matters. She acted as the fiscal liaison between the projects and vendors, and as office coordinator.

In 2015, Cyndi became the program manager for the SE ADA Center. In her new role, Cyndi continues as the fiscal liaison between BBI and the Center ensuring that all outgoing funds are in compliance to SU and Federal Standards. She also provides direct executive level administrative support to the Center’s Project Director, office coordination, answers incoming calls on the Southeast ADA Center’s ADA TA hotline, provides basic ADA technical assistance to callers, represents the Southeast ADA Center and Project Director at local, regional, and national meetings and events, plans and organizes project meetings and exhibits at a local, regional, and national levels.

Cyndi Smith has over 20 years’ experience in the for profit corporate world, including 15 years in Executive level management, and 10 as corporate officer. During this time she was responsible for Human Resources, Accounting, Event Coordination, Customer Service, as well as Benefits Coordinator.

Cyndi holds B.S. in Elementary Education and Science from Grand Canyon University and is currently a licensed teacher in the state of Georgia. She has been a guest speaker at schools in Russia, Europe, Kenya, and South Africa.  She works in the United States and internationally with individuals who are underprivileged through private and faith-based organizations.

She has two brothers with disabilities and has also worked in the past with children with physical, cognitive, and learning disabilities.