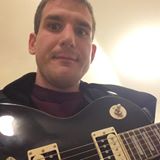 
Benjamin Jones joined the BBI team in February 2017 as a part-time office assistant. Benjamin Jones joined the Burton Blatt Institute’s Office of Interdisciplinary Programs and Outreach as a research assistant in March 2019. As an alumnus of Syracuse University with a degree in Anthropology and minor in Religion, he brings a holistic outlook to his research. While at Syracuse, Jones was an active member of many clubs and organizations. He was treasurer of the anthropology club from 2013 – 2015 and worked as an office clerical assistant for the Institute of Veterans and Military Families. He also worked as a research assistant for Syracuse University Professor Douglas Armstrong from May 2014 – September 2014. In this role, Jones was responsible for cataloging archaeological artifacts from the Harriet Tubman House.

He is currently getting his Master’s Degree in Disability Services in Higher Education at the City University of New York’s School of Professional Studies. Benjamin is an avid consumer of video games and gaming technology, and believes in the accessibility of video games and gaming culture for people with disabilities and other intersecting identities, which he has made the primary focus of his research at the Burton Blatt Institute. Jones coordinated the gaming room at “Cripping” the Comic Con Conference in Syracuse, New York in 2014 and 2015. He was also a presenter at the event in 2015. In his spare time, he enjoys playing his guitars and synthesizers and writing music along with playing video games of course!